OpenStack on a Chromebox

Saturday’s project was installing OpenStack on a ChromeBox.

Before you begin, make sure you know which ChromeOS device you have.

In my case, it was a Samsung Series 3 Chromebox.

Thankfully, the memory was very easy to upgrade to 16G, as the bottom snaps right off. 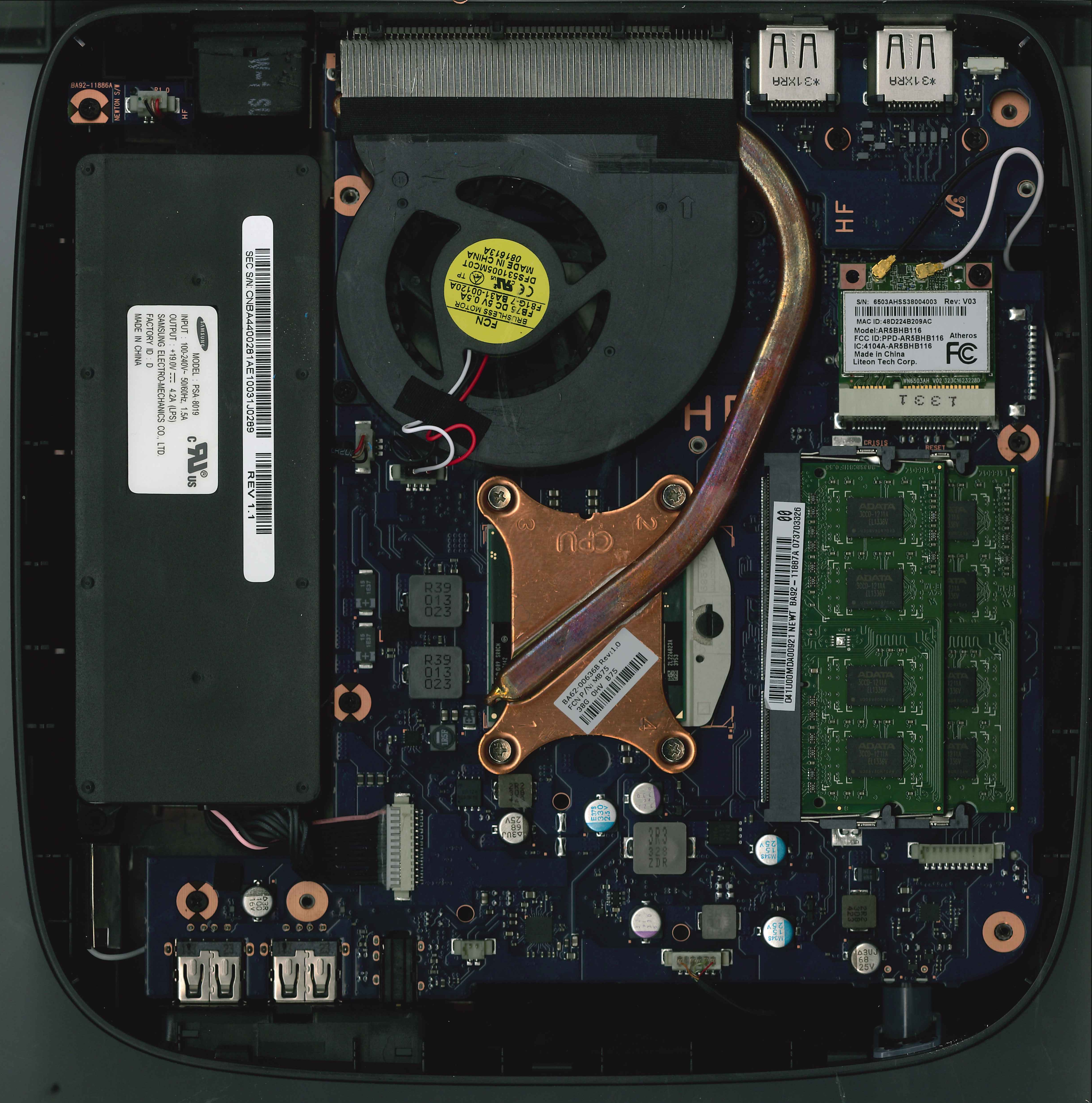 Plug in a 4G or larger USB stick, then open this URL on your ChromeOS device:

We shouldn’t need this, but you never know. (And, yes, I did end up needing it during one of my iterations while writing this post).

The switch in the image is how I put my ChromeBox into development mode.

After flipping the switch, reboot.

On this first reboot, the existing on-board storage will be wiped entirely, erasing any account credentials and cached content.

Step 3: Login to the console as “chronos”

Using cntl-alt-F2, enter the username “chronos” at the login: prompt. Hit return at the password: prompt (the default chronos password is an empty string).

Note: You did not actually need to login to google via the UI interface.

Now that you have a shell as chronos, you can enable USB booting.

After enabling and rebooting, you can now boot from USB drives with cntl-u

In order to install Ubuntu (or your distro of choice), we need to legacy boot. This requires a BIOS.

After enabling and rebooting, you can now boot to legacy images with cntl-l

If you have an older ChromeBox (like the Samsung Series 3) that doesn’t have a SeaBIOS boot, you will need to flash one.

Flashing a new bootstrap requires a jumper or other physical change to hardware to allow the flashrom tool to write to flash.

NOTE: ASSUME THAT THIS WILL LIKELY BRICK YOUR CHROMEBOX. YOU HAVE BEEN WARNED

On the Samsung Series 3 ChromeBox, the jumper looks like this:

A bit of folded tin-foil made for a quick jumper.

John Lewis is maintaining a marvelous script that auto-detects and flashes an updated SeaBIOS for most ChromeBook/ChromeBox hardware:

The script makes you type “If this bricks my Chromebook/box, on my head be it!” to make sure you understand that you are most likely going to brick your chromebox/chromebook by proceeding. This is no joke.

Being ok with potentially bricking my ChromeBox, I went ahead.

The script ran to completion without errors, and was thoroughly successful.

After rebooting, I now get a SeaBIOS splash identification (rather than the eventual sick computer).

The downside to doing this is that I now must boot off of an external USB device, as the SeaBIOS doesn’t seem to support booting from the built-in MMC SSD anymore.

I went ahead and pulled an Ubuntu Trust 14.04 ISO and DD’ed it to a USB stick on my Mac.

After it finished flashing, I removed the USB stick from my Mac and plugged it into the front of the ChromeBox.

The USB installation media for Ubuntu was detected by SeaBIOS as the second bootable USB device.

I also attached 2 external 1TB USB disks to the back as the media that will be installed to. These appeared as the third and fourth bootable devices to SeaBIOS.

With my new SeaBIOS bootstrap, I now must hit “Esc” and “2” to boot off of the first USB stick for the Ubuntu installation.

This presented me with the Ubunu boot menu.

Beyond this point, I installed Ubuntu to the two external 1TB USB disks, with a primary boot partition (type “83”) on each for /boot as normal linux ext4, and a primary RAID partition (type “fd”) on each for the RAID1 mirror upon which I layered LVM with a volume group named “vg” and a “rootfs” and a “swapfs” logical volume. At the end, I installed the grub boot sector to /dev/sdb and /dev/sdc (the two external 1TB USB drives).

After removing the USB stick for the Ubuntu installation media, the SeaBIOS entries shifted by 1.

When I figure out how to get around the SeaBIOS hang on boot if I don’t do this, I will update this blog post.

From this point forward, I followed the DevStack All-in-one single-machine install guide.

My local.conf for the all-in-one install is a collection of bits and pieces collected while digging around:

As the stack user, running ./stack.sh kicked off the install, and it completed successfully.

At the end, it tells you the URLs to use to access your new OpenStack server:

I also ended up creating this ~/.fog file locally on my Mac, based on CloudFoundry’s guide to validating your OpenStack.

With it, I can now use the fog command-line tool locally on my development Mac to manipulate the ChromeBox based OpenStack server.